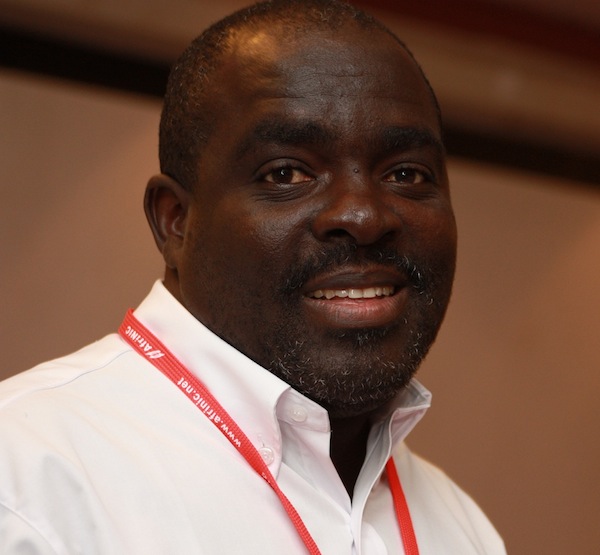 Network engineer, M. Aina is very active in technical networking activities in AFRICA. He worked to launch the first full IP services in the Togolese Republic in 1996 and helped many entities to do so in West Africa and on the continent in general.

He founded, in 1999, a private company which provides network and training services to boost Networking and Internet services deployment on the continent (http://www.trstech.net), and is an AFNOG founder and instructor since 2000. He leads many Internet related projects and activities for the good of the local community.

Since November 2006, he has worked as â€œspecial project managerâ€ at AfriNIC, a half time activity, which includes various projects (DNSSEC, RPKI, root server Anycast....), training, and IETF activities for the RIR. He served from June 2008 to December 2008 as acting CTO and Acting CEO of AfriNIC from March 2011 to August 2011.

He has served since 2002 as a member of the ICANN Stability and Security Advisory committee (SSAC) and on the Internet Society Board of trustees (2011-2014).

He has been since 2008, Spokesman of the African Secret Working group, http://african.secret-wg.org/.