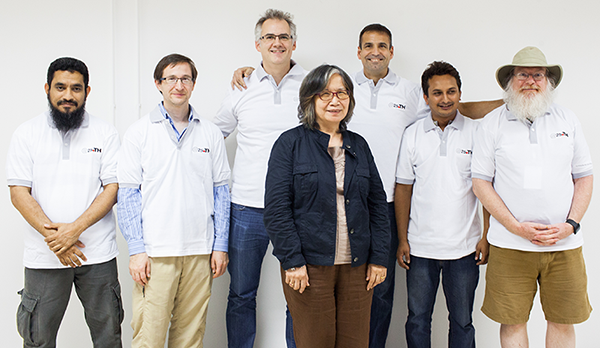 Chris Elliott joined the NSRC in 2014. He was a generous mentor and had a great depth of technical knowledge from his many years building Internet infrastructure.

His imagination was captured as much by TCP/IP, SNMP, and 802.1x as it was by photography, exotic cats, hi-fi audio and espresso machines. Like many engineers, Chris was always first in line to test a new gadget.

While working with NSRC, Chris travelled to Thailand to assist the Asia Institute of Technology (AIT) with their campus wireless network as well as teaching a network monitoring and management workshop in Armenia.

Chris passed away in early March of 2016, leaving behind his wife and two adult children.

We miss him very much.

Some photos in memory of Chris are available here. 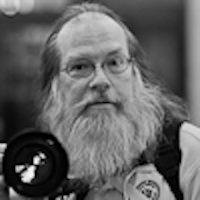 Chris Elliott is a network engineer and trainer for the Network Startup Resource Center (NSRC). Chris is also one of the core network team volunteers for the IETF meetings.

Chris has been involved in network workshops and training since 1995, including Networld/Interop (now Interop) and Cisco Networkers. Chris has developed and given presentations on VoIP, Wireless and Wireless LAN Security, and a variety of network management topics, including in-depth SNMP training.

Chris is an author of "Performance and Fault Management", CiscoPress, 2000. Chris is also an author of three IETF RFCs and an IETF Operational Note on network meeting requirements.

Prior to his current engagements, Chris worked at Cisco Systems for 13 years as the world-wide network management escalation engineer for Network Management technical support, among other positions. Chris was also the lead network engineer at SAS Institute, Inc. for 9 years. Prior to this, Chris worked for the US EPA and a variety of other companies, starting at Teledyne Geotech where Chris was a systems programmer on one of the three computers on the ARPAnet in 1975-78.