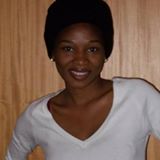 In addition to her research, Fanta works in a operational environment. Since 2013, she works as an IT consultant for Performances Group. She also works as a system administrator for the NIC Senegal (ccTLD .SN). Previously, she worked as a systems engineer/developer at UCAD.

Her proven expertise in project management, application development, information systems architecture and system administration are confirmed by eight years of professional experience. She is highly committed and motivated and has shown a strong interest in teaching.

At AfNOG, after a first participation in the SS-F (Scalable Services, in French) track, Fanta is an instructor for the NM-F (Network Management and Monitoring) track since 2013.

Fanta has worked alongside the NSRC at several events over the past few years including AfNOG workshops, SenChix events, and various events held at the UniversitÃ© Cheikh Anta Diop (UCAD) in Dakar, Senegal.

She is also a founding member of the SenChix association, dedicated to the development of all things digital, by women for women.