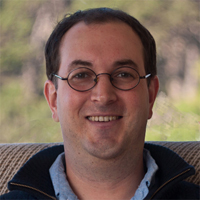 Jonathan began his Internet career working for an ISP in Lawrence, Kansas in 1995. He installed his first 802.11 hotspot in 1998, and has been hooked on wireless ever since.

After moving to New Zealand in 2003, Jonathan founded and built an open access wireless and microwave carrier used by most of the country's telecommunications carriers. He gained experience in radio engineering, telecommunications infrastructure, carrier Ethernet services, and end-to-end performance monitoring while building and managing a contiguous network of 400+ links around the country. He installed New Zealand's first gigabit capacity radio links, in the 23, 60, and 80GHz frequency bands, and helped shape the national policy around use of millimetre wave spectrum for broadband.

Since 2011 Jonathan has been a consulting engineer to a wide range of organisations in New Zealand, and in 2013 he joined NSRC as a trainer and network engineer. His areas of practice include: