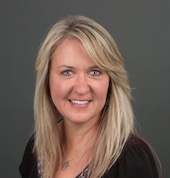 Merike Kaeo has over 25 years of experience in pioneering core Internet technology deployments and leading strategic digital security transformations. Merike instigated and led the first security initiative for Cisco Systems in the mid 1990s and authored the first Cisco book on security, Designing Network Security, which was translated into multiple languages and widely used in security accreditation programs. She has over the years held a variety of executive leadership positions and has a deep-rooted history in the global Internet community.

Merike has worked closely with NSRC since 2005 to develop course materials, record online training videos and act as an instructor on core Internet technologies and digital security best practices for networks in regions across the globe such as Asia, the Middle East, Europe and Africa.

Merike is a member of the IEEE, a pioneer member of ISOC and has been an active contributor in the IETF since 1992. She was named an IPv6 Forum Fellow in 2007 for her continued efforts to raise awareness of IPv6 related security paradigms. Merike was appointed to the ARIN Board of Trustees in 2016 to serve a one-year term from Jan 1, 2017 to Dec 31, 2017. Since 2010 she has been an active member on ICANN’s Security and Stability Advisory Council (SSAC) and from 2018 through 2021 served as the SSAC Liaison to the ICANN Board.

Merike earned a MSEE from George Washington University and a BSEE from Rutgers University.