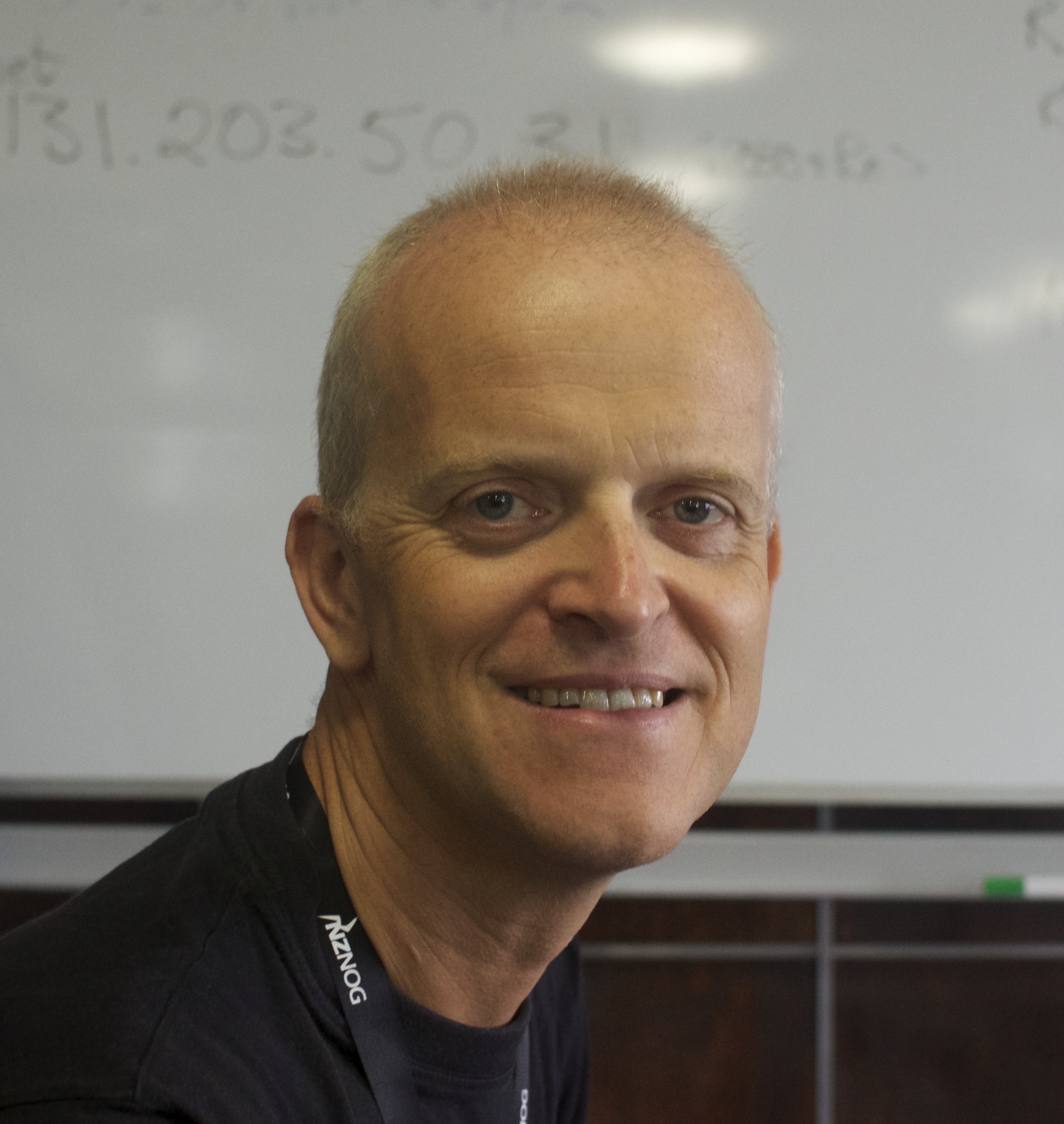 Philip Smith has been working in the Internet industry since the early 1990s after catching the Internet bug in the mid 1980s while at University. He runs his own consulting company, PFS Internet Development.

Philip spends some of his time working for the Network Startup Resource Centre as a Senior Network Engineer and Training Coordinator, assisting with Network Operations Groups coordination, and providing network design assistance and training around the Pacific, South and South East Asia, the Middle East and Africa. These include:

Before APNIC, he was a member of the Internet Infrastructure Group in CTO Consulting Engineering of Cisco Systems for more than thirteen years. He also served for 3 years on the Board of Trustees of the Internet Society.

Prior to joining Cisco, he spent five years at PIPEX (incorporated into UUNET, and now part of Verizon's global ISP business), the UK's first commercial ISP, where he was Head of Network Engineering. As is common with startups in a rapidly growing marketplace, Philip gained deep experience in all of the engineering roles in an ISP, from support engineer, network operations, engineering, and development, before assuming responsibility for the entire UK network operation. He was one of the first engineers working in the commercial Internet in the UK, and he helped establish the LINX Internet Exchange Point in London and played a key role in building the modern Internet in Europe.

Over the last decade and a half, Philip has been actively involved in providing consultation and advice to ISPs primarily in the Asia Pacific region, but also to other providers around the world. He concentrates specifically on network strategies, design, technology, and operations, as well as configuration, scaling, and training. He has played a major role in training ISP engineers, co-founding the Cisco ISP/IXP Workshop programme, and providing ISP training and tutorials at many network operations events around the world, including NANOG, RIPE, APNIC, SANOG, MENOG, AfNOG, PacNOG and APRICOT conferences. His other key technology interests include IPv6, BGP, OSPF and IS-IS, and network performance and data analysis.

He has also been working to promote and develop the Internet in the entire Asia Pacific region and has been actively involved in bringing the Internet to some countries in the region. He also is actively involved in establishing Internet Exchange Points around the world, as well as advising on peering and inter-ISP relationships across the industry. He is Chair of the Board Directors of APIA (the Asia Pacific Internet Association), the organisation which organises and manages APRICOT, the region's annual ISP operations and technology conference and co-chair of APOPS (the region's ISP operational forum). Philip is also involved in the organisation committees of MENOG, SANOG and PacNOG, helps out with several country NOGs, and is a past chair and member of the NANOG Steering Committee (now NANOG Board).

Philip also has a particular research interest in the growth of the Internet and provides a detailed daily analysis of the IPv4 routing table, from an Asia Pacific perspective, to the general operator community worldwide.

Philip is a Doctor of Philosophy and has a First Class Honours Degree in Physics. A native of Scotland, he lives in Brisbane, Australia.